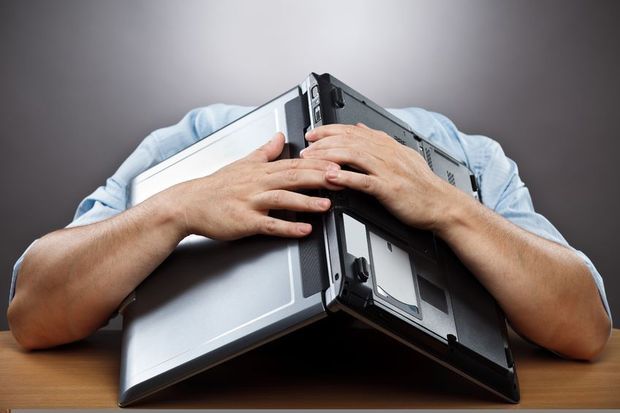 In some ways selecting enterprise software is like painting a house – the key to success lies in the preparation. Rather than doing the work demanded by a mature software selection process, some organizations take shortcuts and create unnecessary pain for themselves. By the time they realize just how much pain they are in for, contracts are signed, and it is too late to do anything about it. This article lists many of the pains caused by partial or outright software failures to help you justify the effort of doing the up-front software selection work.

Implementation milestones are missed, and the go-live date is continually pushed back. While inexperienced teams can cause this, another significant cause is finding “new” requirements that should have been identified in the requirements analysis phase of the project.

When the software does not meet these “new” requirements out-of-the-box, the software must be configured. If configuration can’t meet those new requirements, optional or add-on products must be bought, custom code written, or business processes re-engineered. All of these take significant time, and when there are too many of them, schedules slip significantly.

When the implementation schedule slips as described above, over budget hours mount up. To keep the schedule people may start working overtime at higher rates. Extra modules or 3rd party products may get purchased to solve deficiencies. All these unexpected costs compound, causing budgets to be exceeded.

Growth causes companies to develop ad hoc processes to get around limitations of existing software. Gradually the burden of these ad hoc processes increases until the decision is made to purchase new software. When shortcuts are taken in the selection process, the new software may be a poor functional fit and not eliminate enough of these ad hoc processes. Before the purchase, the software appeared to satisfy the needs, but when the company tried to use it, they found the functional gap was just too large.

One of the primary reasons for buying new software is the ability to do things that were not possible with the old system. In addition to the new software being a poor fit with existing needs, it may not have the functionality that adequately supports planned new business processes.

Most people want “easy to use” software, but few define what that means. Usability can be measured with detailed enough requirements. For example, can you open a calendar from a date field? Do text fields have a spelling checker? Do numeric fields have a calculator? We have identified over 180 requirements that measure usability. If usability requirements were not part of the software selection, you might have problems, especially with products that have been on the market for a while.

Pressure to meet deadlines can mean that adequate functional testing is not performed. When the software goes live the business is disrupted because things that worked with the old system no longer work. New procedures must be rapidly developed to resolve these problems.

When new software disrupts the business and promises remain unfulfilled, users are unhappy. To make matters worse, many tasks that were easily done with the old system can take more work, which causes users to grumble even more.

When users were not involved with selecting the new software they often lack buy-in. There might even be some who actively push to return to the old system.

Those promoting the new software get carried away in their enthusiasm and expect too much. Vendors, only too happy to make the sale, oblige with overselling which leads people throughout the organization to expect things the software can’t deliver. After going live, these inflated expectations remain largely unfulfilled. Buyers’ remorse sets in, all the way up to senior management.

Cost reduction is a common reason for purchasing new software, e.g. by improving the efficiency of particular operations. However, after going live with the software, the anticipated savings were much smaller than hoped, or even non-existent.

Enterprise software is expensive, and the CFO or the Board will want to know the expected return on the investment. After going into production, the true ROI was far below estimates. For cloud software, the initial discounts expired at the end of the contract, and you are now paying list price, which can turn ROI negative.

This problem occurs with smaller and more specialized software vendors. Although they stage a good demo, and the software may be a great fit on paper, the vendor is unable to provide the necessary support after the purchase.

Nothing succeeds like success, and nothing enhances careers like successful projects. Conversely, when major software purchases fail to deliver as promised, careers can get compromised. While the new system promised so much, it did not deliver. In the eyes of senior management, this lack of success taints the careers of those involved with the project.

When IT is unable to meet expectations with major software purchases, they lose the trust of the business. Their role becomes one of an order taker, and they are excluded from meaningful business decisions.

When selling software, vendors often give significant discounts for extra licenses. Maintenance for purchased software is usually between 18% and 22% of the license cost and increases with time. It is easy to spend much more on maintenance than the license originally cost. With the cloud, after the initial discount expires, you pay full price for the license.

Given the very attractive initial costs, it is all too easy to buy licenses which remain unused. These hidden maintenance costs can be far higher than expected, and are a major contributor to the software vendor’s profit.

Implementation was late and cost far more than expected. Going live disrupted the business and users were dissatisfied. Anticipated cost savings did not materialize, and new functionality did not work as expected. Eventually, the problems forced the organization to declare the software a failure and to start again.

I saw this happen first hand when working at Netflix some years ago after they rolled out Lotus Notes email. The volume of complaints was so high that the decision was reversed about six months later, and they went back to Outlook & Exchange. Replacing the software is the ultimate purchase pain!

The software demo was stunning, and the product appears in the top right corner of Gartner’s Magic Quadrant. Enthusiasm for the project is high, and executive management is pushing for a quick decision. But rushed software decisions mean an inadequate requirements analysis, which is the root cause of the pains above. All these pains can be minimized or even eliminated with a mature software selection process.

It takes a lot of work to select the best-fit software for your particular needs, but that work is rewarded with a minimum of pain and a superior ROI. Even better, being part of a successful project enhances the careers of all involved.